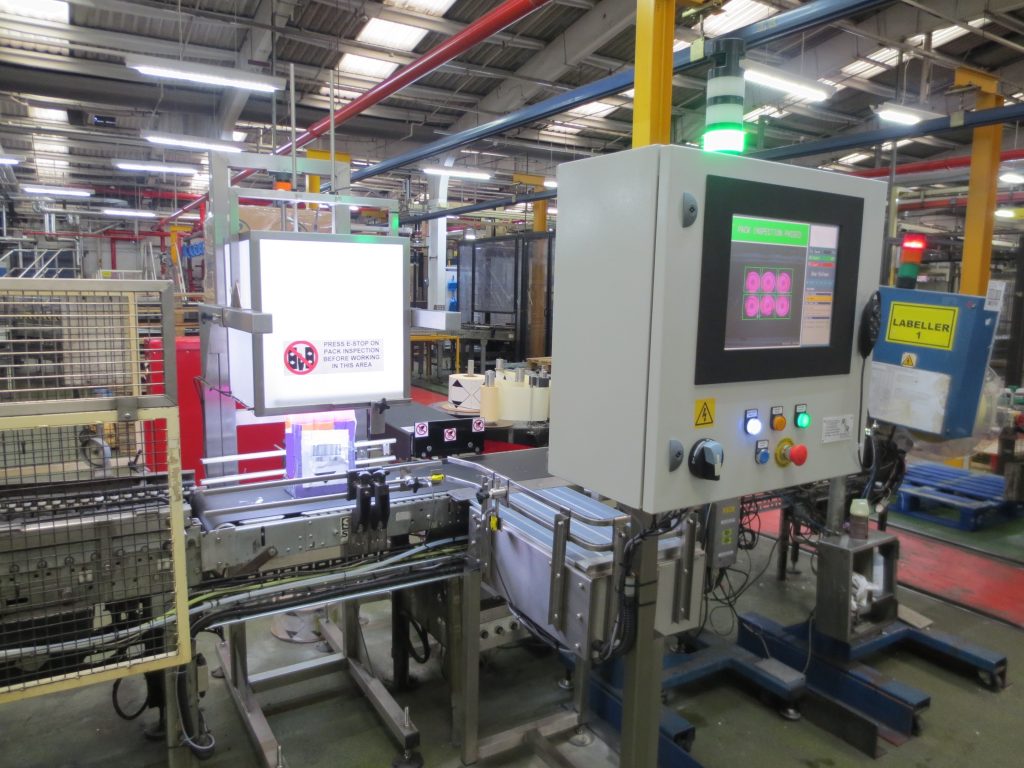 R&R have developed a system for optically checking packs that exit a shrink-wrapper or other packing machine (so long as the product is visible from above).

The System can be retro-fitted to an existing packing line, anywhere between the wrapper and palletiser processes.

The orientation of the pack is not critical – as long as the pack is the within 30 degrees of square with respect to the selected pack pattern, then the analytical software will correctly identify the container positions and reject faulty packs.

The visual recognition system is capable of analysing 22 packs per minute.

The front of the Control Panel has the following:

The Top of the Control Panel has the following:
Beacon Stack (red, amber & green Beacon, plus multi-tone Sounder) 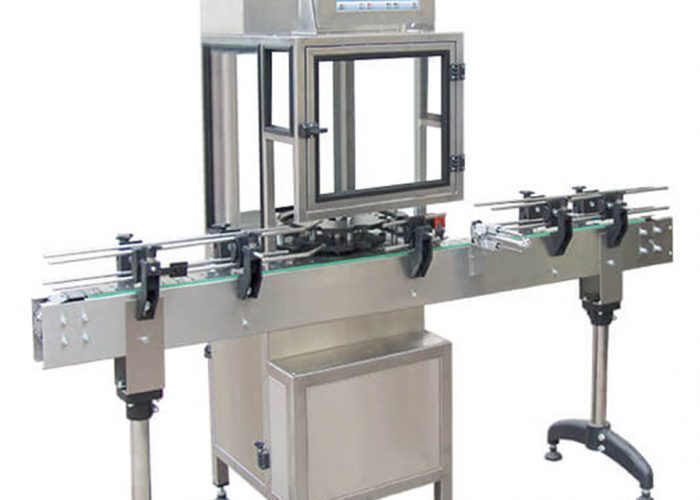 This Machine consists of either:
– An indexing starwheel mechanism, or
– A chain drive transfer system for higher speeds.
Both mechanisms transfer aerosol containers from the transport conveyor onto a weighing platform. 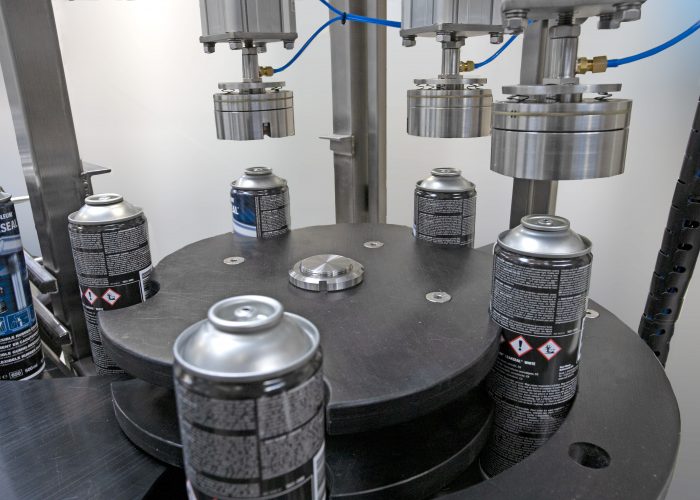 As a stand-alone Machine, or integrated into another Machine, this process verifies the quality of crimped valves before the containers pass onto other processes, such as propellant filling / pressurisation. 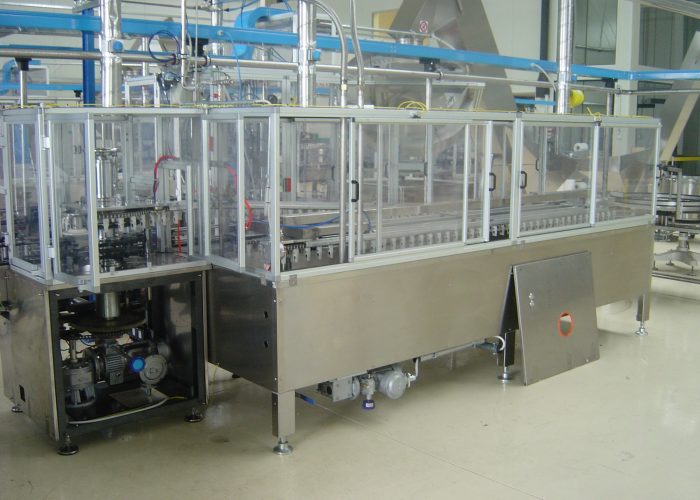 This Machine comprises of a continually rotating turret which transfers aerosols off the transport conveyor and attaches them to a chain of clips. This chain carries the aerosols through a temperature regulated water trough and back to the turret, where air knives remove any residual water before returning the aerosols to the conveyor. 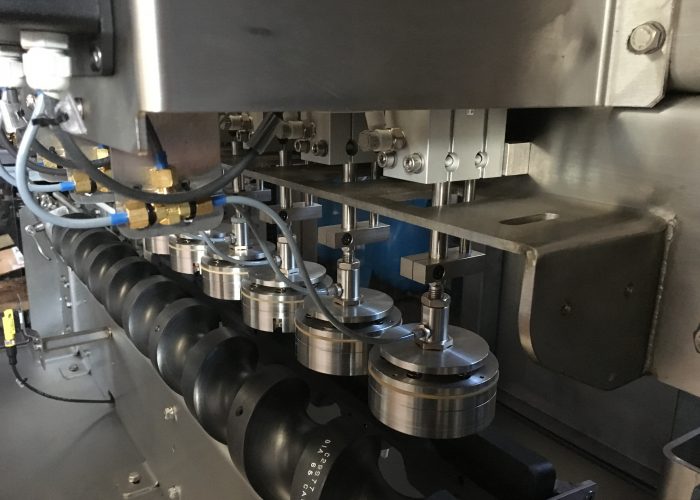 A true micro-leak detection process, constructed to comply with the FEA guidelines laid out in their “Alternative Method” and the BAMA recommendations.

Can't find what you are looking for? Require support about the machines that you require? Contact us today and speak to one of our specialists.