Home » Refurbishing for Change of Use 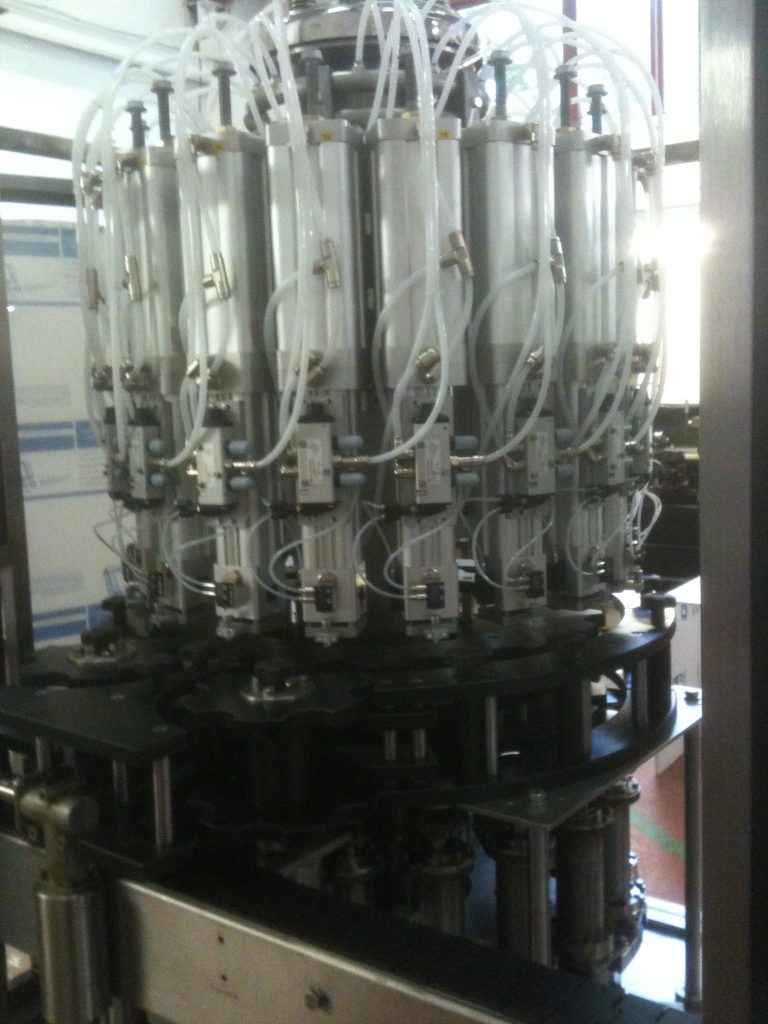 The enquiry to R+R was made directly by the Client who had been looking for a reputable engineering firm in the UK to come up with a suitable design and build of a prototype machine, which would give them a competitive edge over some of its major rivals. The concept of using compressed air in aerosol products instead of the usual LPG propellants would offer huge benefits from an environmental point of view, and offered a major saving to the clients business since they would no longer have to purchase and store safely the expensive LPG propellants.

To complicate matters the client requested R+R to use a second-hand machine as the base of the new prototype propellant filling machine, causing major technical issues as the base of the machine restricted the pitch circle diameter (PCD) – and with the required running speed of 300 cans per minute stipulated by the client, this provided further challenges.

With all these technical issues it was a task which most other engineering firms would have been reluctant to take on, as the risk of failure was extremely high. However, with the full support of the Client, R+R set to work on producing the design and build of the machine – having a number of set-backs, trials, and design modifications along the way. Eventually the machine was completed some 20 weeks from the initial enquiry and successfully installed on site in February 2011.